In my previous post Frankensteining PC to Chromebook, I talked about converting an old crashed i7 PC into a low-budget, but high performance, DIY Chromebook for my daughter. During the past month, she has been power using it for her school work while the learn-from-home trend continues here in Ontario. Similarly, the kindergartner has been making the max out of the cheap Chromebook I had assigned him for his homework. So, I might be excused for feeling quite pleased with my budget-friendly solution to the Chromebook challenge – or so I thought, until they wanted to print! 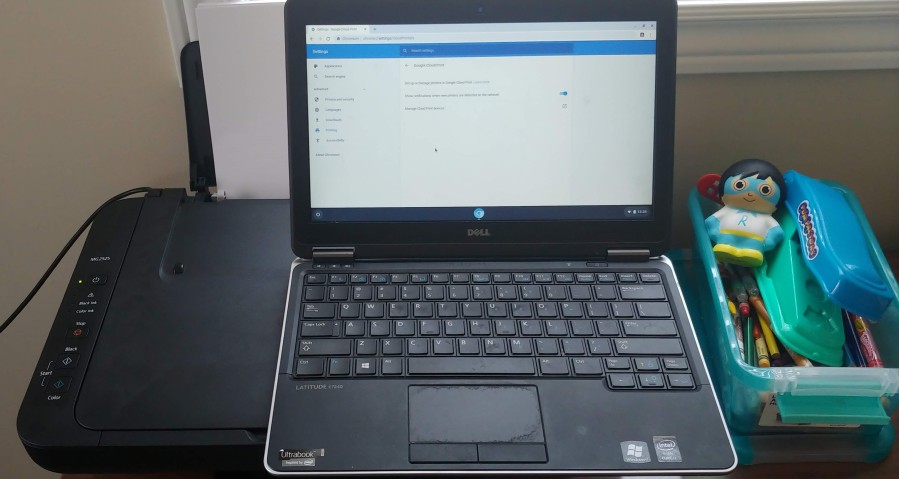 If you are a Chromebook user, you would know that it is next to impossible to print with the damn thing unless you have a WiFi enabled/Cloud-ready printer. Chrome OS had no support for wired printing when I first bought my Chromebook a few years back. However, they have now added support for a few wired printers, if you are lucky to have a model they support (probably the higher-end ones). I have an old Conon Pixma MG2525, the cheapest I could find on Amazon for CAD29.99, which, maybe not surprisingly, is not supported by Chrome OS. Option one is to fork out over CAD100 to buy a WiFi enabled/cloud-ready printer so that the kids can print from their Chromebooks and option two is to figure out how I can Frankenstein my sub $30 crappy printer (after digging it up from the garage) to work with Chrome OS – I chose OPTION TWO.

Here’s how I did it:

Now whenever my kids want to print from their Chromebooks:

Now the Chromebooks can print whatever from wherever as long as:

BTW, now that it is cloud ready, you can pretty much print on it from any computer connected to the internet through a Chrome browser. No fuss wireless/cloud printing using a crappy sub $30 wired printer which was dug up from a box in the garage. Not bad – if I do say so myself 🙂

One thought on “Cloud Printing on Wired Printer: Frankensteining PC to Chromebook (Part 2)”